For individuals already enrolled in Original Medicare there are additional plans and parts that can be added and customized to the participant’s particular health care and financial situation.  Medicare Part D is an option that covers prescription medications for outpatient services offered through private insurance companies. Medicare Part D drug coverage can also be added to a Medicare Advantage plan if there is no prescription coverage in the existing Advantage plan. Part D is known to be a rather complicated benefit to grasp, as there is no other plan like it.

What Variables Can Affect my Medicare Part D Drug Coverage?

When it comes to the differing aspects of Medicare careful consideration should be given when comparing Medicare plans.

What is the Donut Hole in Medicare Coverage?

There is a coverage gap in Medicare prescription drug plans termed as a “donut hole” due to the fact that there is a gap or a hole in coverage during the enrollee out-of-pocket cost timeline from reaching the deductible threshold (up to $480) then entering into the Initial Coverage coinsurance/copayment through Catastrophic Coverage. The gap comes in-between the time between initial coverage and catastrophic coverage.  However, as of 2020 the donut hole closed for all drugs, meaning that when you enter you may be responsible for only 25% of the cost of your drugs. In the past, this percentage was much higher.

What Conditions and Drug Treatments Does Part D Cover?

Part D private insurance companies supply a list of drugs that are available under their plan. This list of available medications that are offered in the plan is called a formulary. The decision-making process on selecting a plan should not be taken lightly since each plan has differing costs and a different formulary of medications. The formulary list can cover everything from generic medication to brand name or high-priced specialty drugs. In a scenario where your drug is not on a plan’s formulary you can request an exception, pay out of pocket, or file an appeal.

Part D policy insurance sponsors must cover all or most of the drugs found under the 6 drug categories listed below. Each category will supply a minimum of 2 drug options that will treat the same symptom or produce a similar result on the person taking the drug:

Take note that Medicare Part B has drug coverage as well.  Medicare Part B may cover any drugs that were taken while at the hospital or vaccines that could be considered a preventative service which include:

Part D coverage may cover most other vaccines that are:

Medicare Part D covers diabetes-controlling drugs like insulin and administration supplies including insulin pens, syringes, needles, alcohol swabs, and gauze. It doesn’t cover insulin when it is administered via an insulin pump.

What Are the Drugs Not Covered by Medicare Part D?

It is important to understand which drugs are covered, the drugs that may not be covered by Medicare Part D include the following: 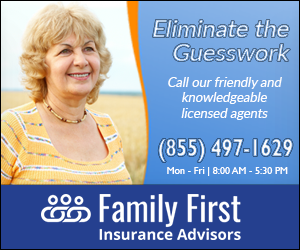