Although Medicare allows you to forgo purchasing a drug plan during the Initial Enrollment Period, a big problem that arises later for those who do not enroll during that time, and who later purchase a plan, include stiff penalties added to the premium and sometimes, that penalty lasts a lifetime. Part D premiums, deductibles, co-payments, and coinsurance amounts change every year. Costs depend on the plan, the beneficiary’s income, the geographical location, and whether you have to pay a penalty for late enrollment.

To understand how much your prescription drugs will cost, there are some key definitions provided by Medicare. They are provided here exactly as on the Medicare website.

Deductible: “The amount you must pay for health care or prescriptions before Original Medicare, your Medicare Advantage Plan, your Medicare drug plan, or your other insurance begins to pay.”

Penalty: “An amount added to your monthly premium for Part B or a Medicare drug plan (Part D) if you don’t join when you’re first eligible. You pay this higher amount as long as you have Medicare. There are some exceptions.”

Tier: “Groups of drugs that have a different cost for each group. Generally, a drug in a lower tier will cost you less than a drug in a higher tier.”

What Part D Costs and Premiums Can I Expect to Pay in 2022?

You need to be aware that Medicare stand-alone drug policies and those that are part of an Advantage plan vary in premiums, copays, and in the drugs they cover. It is vital that you make sure you are buying the best plan for you that is available in your location and that covers your medications.

In general, Part D Medicare Costs depend on:

Premium costs: The average Medicare Part D monthly premium is $40. Premiums vary by the plan and geographical location. Your income is also a factor in determining your monthly premium for Plan D coverage.

The formulary for each plan is different. However, each plan has the same coverage for some prescriptions.

Prescriptions That Are Not Covered:

Costs Depend on the Formulary Tier

Each insurance company uses the same 5-tier formulary, the plans differ according to which medications they put into which tier. Which tier the medication in affects the cost of the drug.

If your drug has been moved to a different tier, contact your insurance company, and ask if they can move it to a lower-cost tier.

If your income is below a certain threshold, or are on Medicaid in your state, you may qualify for Extra-Help through Medicare. 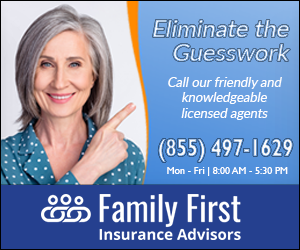